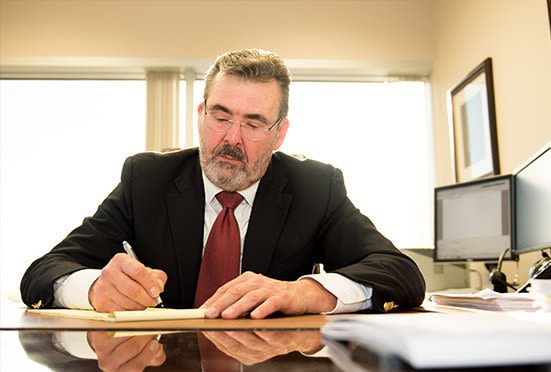 A large part of Bill's job as legal counsel is to help minimize the emotional distress and confusion that most people feel after suffering from an accident. When clients are asked to describe him, some of their most common descriptors include "hardworking" and "honest," but they also praise him for his skills as an attorney. When people come to him, feeling wronged after an accident, his first instinct is to do everything in his power to help take care of them and make their situation right. Very few others operate with his standard of integrity and in-depth legal knowledge.

A member of the State Bar of Texas and the Dallas Bar Association, Bill has been practicing law since 1981. He is licensed to practice in United States Tax Court, as well as in the Fifth Circuit Court of Appeals and in U.S. District Courts throughout Texas. In nearly four decades as a Dallas-based personal injury attorney, Bill Smith has seen firsthand how good people can get caught up in serious financial problems due to legal missteps after an accident.

When you find yourself up against an insurance company- don't be intimidated, be empowered.

Work with Bill to have an attorney on your side who has the experience to guide you through your legal options and fight for your best possible outcome.